Time for a new icon ! 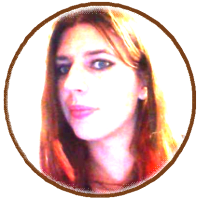 The Pittsburgh Songwriter’s Circle will be having its CD release event Fri., Nov. 14 at Pittsburgh Center for the Arts 6300 Fifth Ave, Shadyside (corner of Fifth and Shady avenues)!

Come to see me play “Threnody” and another original song (which one? It’s a mystery!).  You will hear lots of great songwriters in one place, and also there will be food!

Additional Details: Admission is $7. Kids age 10 and under get in free. Parking is free at Pittsburgh Center for the Arts lots; additional street parking is available on Shady Avenue. Doors open at 6:30 p.m., show 7-11 p.m. Sandwiches, beer, wine and other beverages available for purchase.

I changed the title of To Death into Gerda and the Snow Queen and added a synopsis.

Partially because I want to see whether the descriptive title attracts more readers than the vague, ominous-sounding one. Marketing practice!

Partially because I have *extremely* long term plans to write a series of similar works, each of which will be named after their protagonists, and this is in anticipation of that series (if it happens).

But mostly because song writing is going extremely slowly, and I just wanted to come on here and feel like I’m doing something. The only thing I’ve managed to finish so far is a song about Frozen, and I’m not even sure what that is.  What do you do with a song that’s about another song?

Well, anyway, I’ve got my set ready for tomorrow, I’ve got Gerda, and I’ve got some new stories in the works. So I guess we’ll see what happens. Laters, gators!

It’s time for me to start performing like a real songwriter!  I’m all nervous, but I gotta do it!

So, as plans go, here’s what I’ve got. At the start of each month I’ll share 2 performance dates with you. I’ll also add them to the calendar. I know I said I’ll be performing 3 times per month, but I kind of like the idea of the third night happening on whatever day I randomly feel like playing.  So we’ll see how this goes!

Here’s where I’ll be in October!

(Note: The times posted are when the event starts, not necessarily when I’m onstage.)

If you’re in the Pittsburgh area, come see me play!